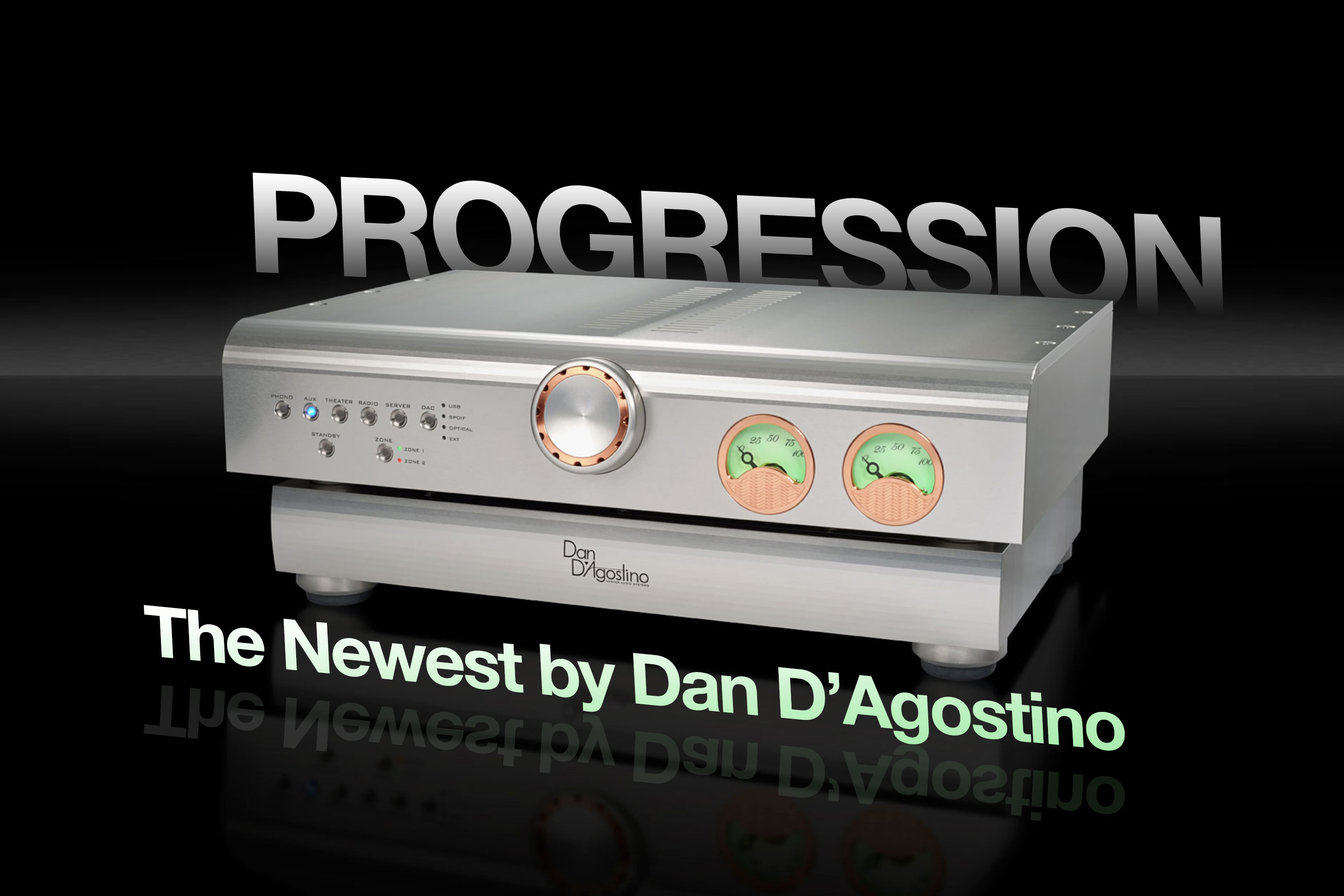 Also new is the Bluetooth technology featured in the included remote control. The Bluetooth backbone extends the range of the remote by a factor of five and eliminates line of sight limitations that are inherent in IR remote controls.

The volume control is realized with a stepped balanced resistor ladder, using high-linearity solid-state relays and discrete precision resistors. The bandwidth and transient response of the preamplifier circuitry are unaffected by volume setting. The Progression Preamplifier has two independent outputs that can be individually operated or used simultaneously for driving a second amplifier in a subwoofer based system.

Housed in a separate chassis, the power supply makes use of extensive electrical and magnetic shielding to keep radiated interference away from critical preamplifier circuits. Internal circuitry filters RF noise on the AC power, and compensates for asymmetric power waveforms and DC on the mains. A second DC output is included to power future Progression source components.

Two analog meters, inspired by Swiss watch faces, function as VU meters during music playback. When volume is adjusted, the meter needles change to volume setting indicators. After adjustments are made, the meters revert back to VU meter operation. The meters also function as balance indicators when adjusting balance. 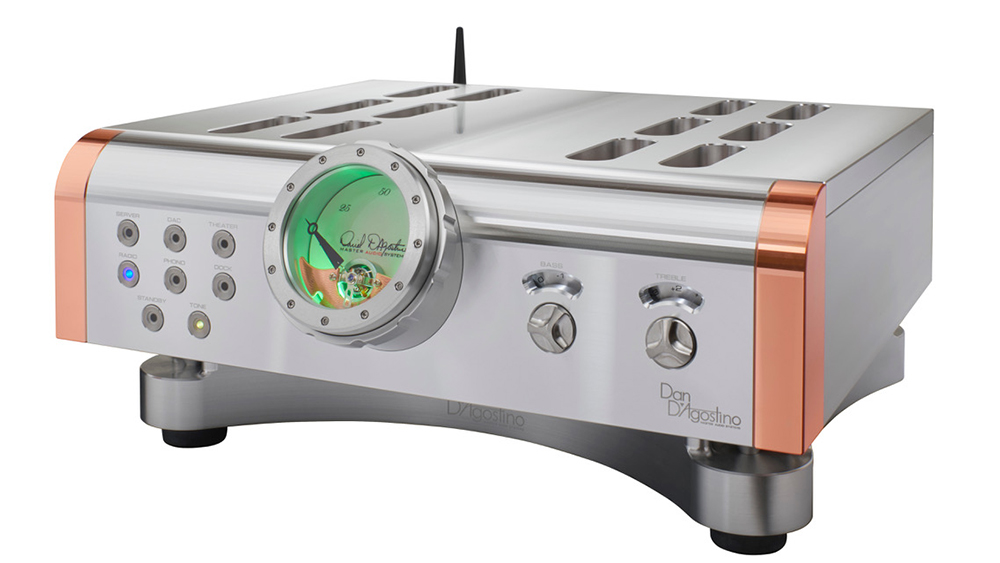 Only the Momentum HD Preamplifier delivers the sound quality and drive necessary to maximize the performance possible from the Momentum M400 monoblock and Momentum S250 stereo amplifiers.

Dan D’Agostino has always had a relentless desire to better his own creations, no matter how flawless they may seem. The Relentless Monoblock amplifier is the latest manifestation of that passion, the result of Dan’s desire for an amplifier that maintains its harmonic integrity and expansive soundstage from 0 watts to 1,500 watts. An amplifier so powerful it can drive any speaker to its best possible performance, no matter how demanding the load it may present. 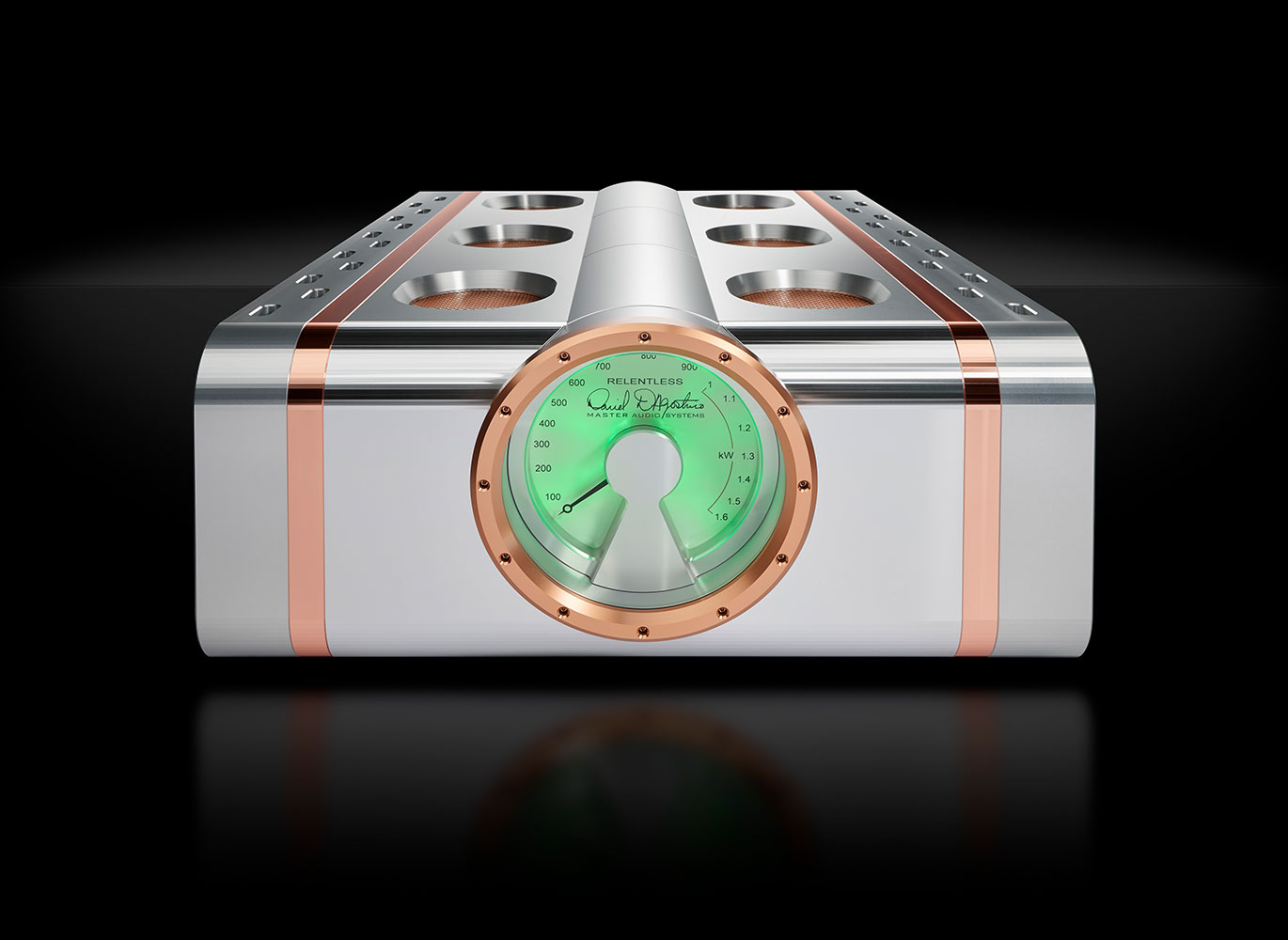