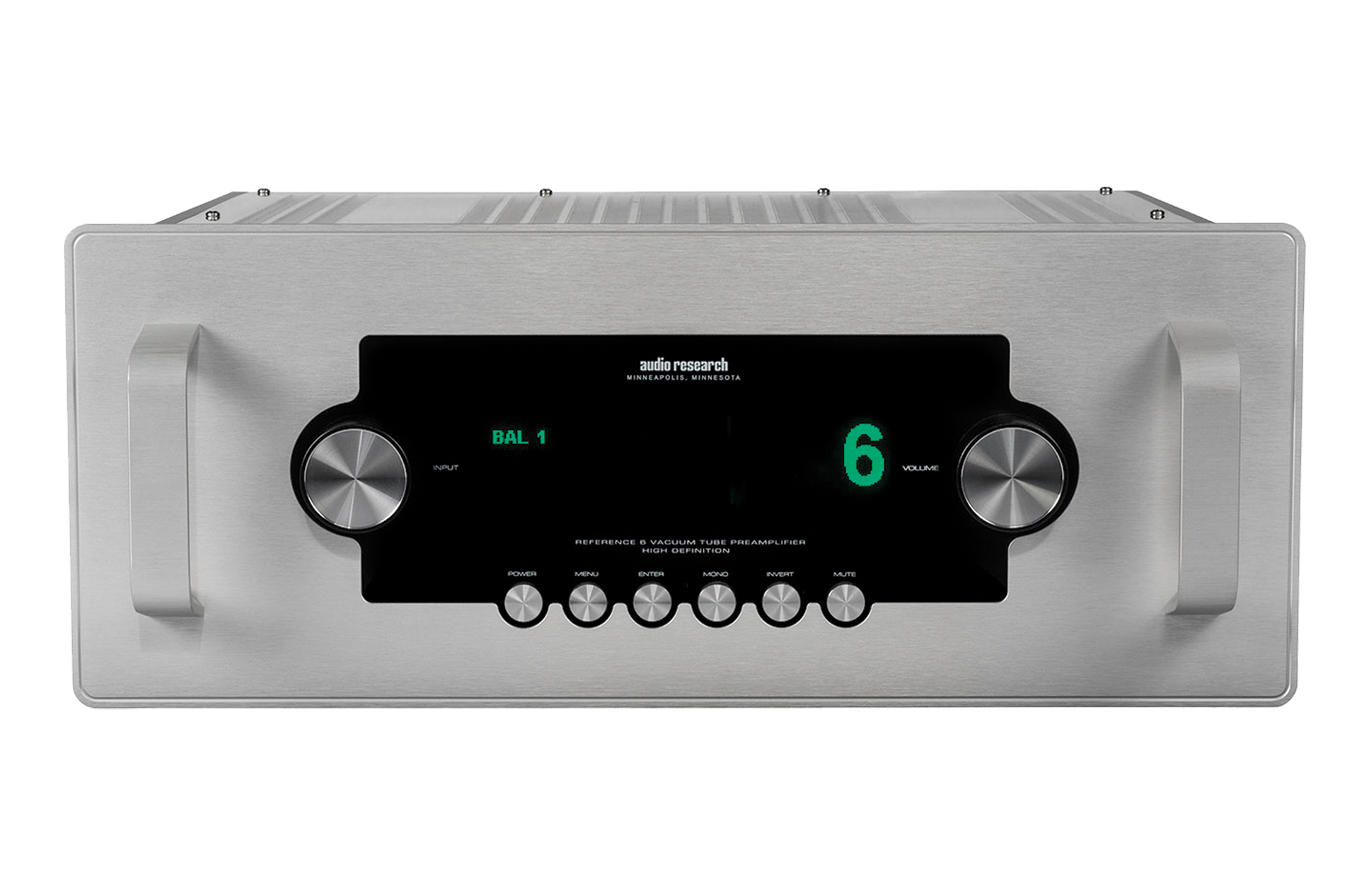 Almost since the inception of the brand, Audio Research has produced some of the finest components for music reproduction; this is especially true with regard to preamplifiers. In 1973, the SP3 was hailed as the best preamplifier available, and this tradition of excellence has continued ever since. The Reference Series from Audio Research was first introduced in 1995 and has been the ultimate representation of performance, musicality and power. The Reference 6 is the latest chapter of our story.

The Reference 6 is not simply a market-driven product, but rather, a solution to a need which arose after the creation of the Reference SE Series amplifiers. According to Warren Gehl, who is responsible for sonic development of all Audio Research products, the new series of Reference amplifiers offer a level of musical and dynamic capability only made apparent when using the flagship, two-chassis Reference 10 preamplifier. Both preamplifiers of the Reference Series need the ability to provide the full benefit of this new sonic landscape. Increasing the tube count to six in the analog section, and advancements in the power supply improved both macro- and microdynamics and lowered distortion.

The Reference 6 also offers better bass control, relaxed purity and more dimensionality. Further improvements include a more grainless presentation, greater transparency, better speed, and more continuity across the musical spectrum. Quite simply, the Reference 6 improves upon its predecessor in every way for a more palpable and immediate musical performance. Numerous elements – transformers, capacitors, wiring – are designs exclusive to Audio Research and the Reference 6.

A completely new chassis has allowed not only a more beautiful aesthetic, but also provides more structural rigidity to assist in the dissipation of electrical and mechanical interferences. Six premium 6H30 tubes are now used in the audio circuit (increased from four tubes in the Reference 5SE) to provide an even quieter background and increased dynamic range. The tube-regulated power supply is also a new design for improved sonics. New circuit boards, circuit designs, and larger power transformer have been implemented to provide robustness and serviceability.

Audio Research is pleased to announce the Reference 160S stereo power amplifier. A vacuum-tube design, it follows in the footsteps of the internationally-acclaimed 160M monaural power amplifier, introduced in 2018, which has won multiple amplifier-of the-year honors from publications such as Stereophile, Hi-Fi+, and others.

The Reference 160S (REF160S) carries-over the stunning look of the 160M, with dual GhostMeters™ that float in front of the eight KT150 output power tubes.

The 160S continues the feature set introduced in the 160M, including a proprietary auto-bias circuit, switchable Triode or Ultralinear modes of operation, balanced and single-ended inputs, and an output tube monitoring mode. The 160S also uses a four-layer circuit board, allowing music to emanate from a jet-black background.

With a weight of 100 lbs. and a chassis depth of 21.5“(54.6 cm), two rear handles were added to make it easier to lift and move. Larger 120mm, low profile fans are built into the bottom cover plate horizontally to provide ventilation.

The REF160S distills the astonishing resolution, dynamic impact, musical purity and finesse of the 160M into one beautiful and attainable chassis. It was designed for the music lover in all of us. 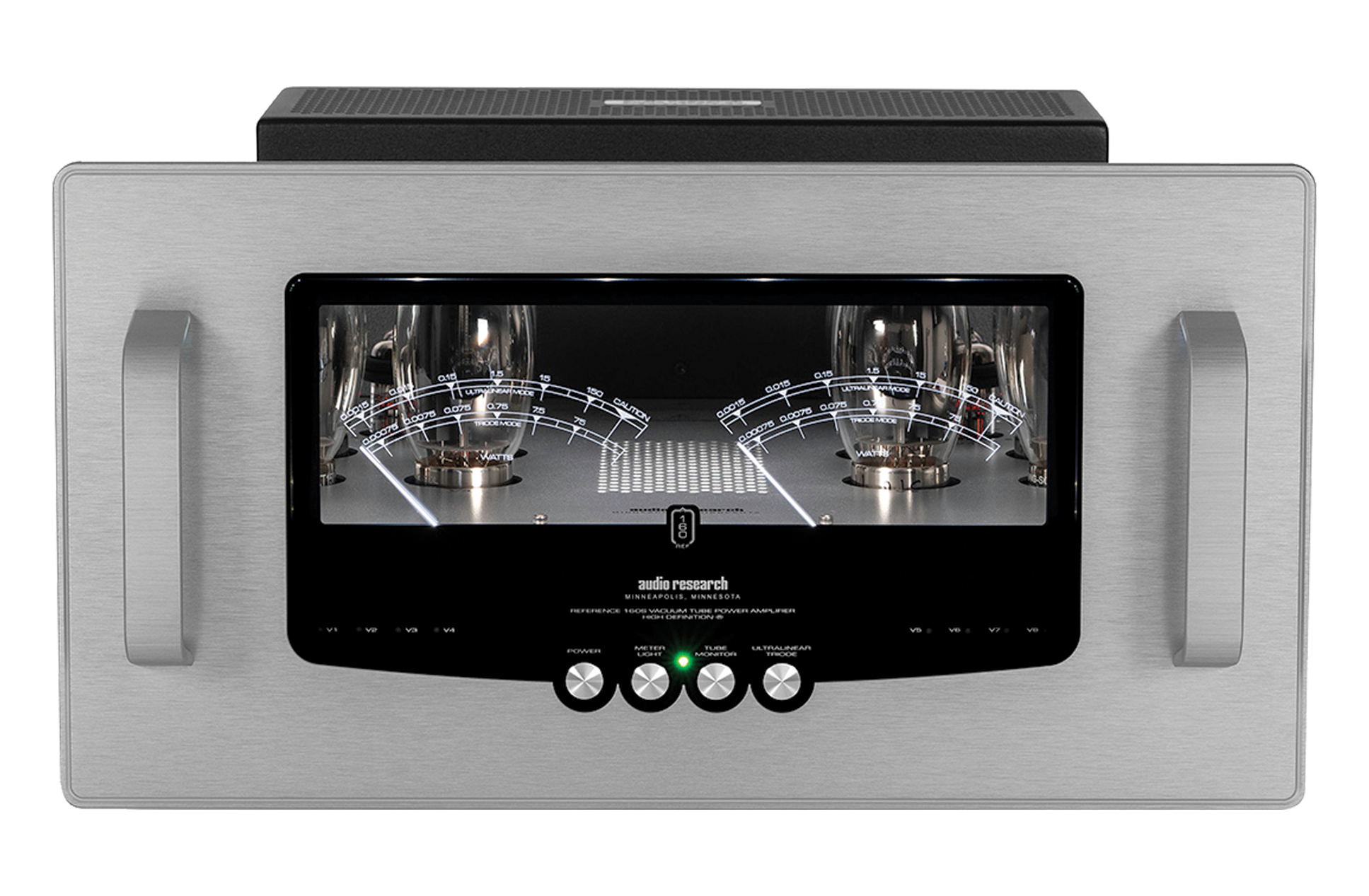